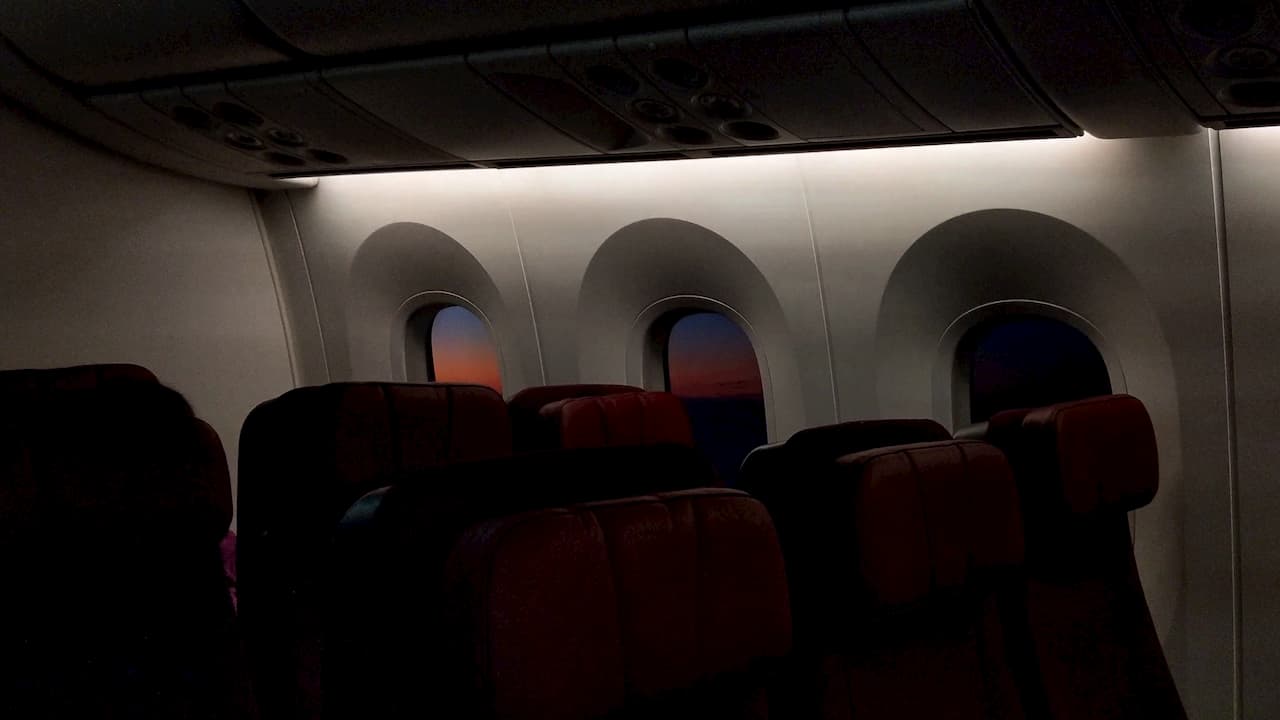 It has been SO hard being in Amsterdam away from my partner, friends, family and all the people I love during the pandemic and I need to fix that. So in some very bittersweet news I am returning to Australia.

As far as I know the only flights to Australia are repatriation flights from Hong Kong, Los Angeles, and London via Qantas. I missed the first round of flights, but another 6 opened up from London and after speaking to work I decided I wanted to be on one.

I've scanned the documents outlining Victoria's quarantine procedures as of May 23 into a Google Docs folder.

Getting to London was not difficult from Amsterdam because The Netherlands doesn't have any measures preventing travel.

The UK seems to be accepting folks with the same visa restrictions as before, providing they have a valid onward journey. I couldn't find this information anywhere online and only found out when I was unable to check-in online.

At the KLM check-in desk I was able to check-in by showing the details for my Australia flight, even though it was on a different day. Others were not so lucky. One man in the queue was advised to "book a train or a bus ticket" before he was allowed to check into the London flight.

On the London side I passed through the automated security check with no hassles at all, and didn't speak to another human.

Uber in London doesn't seem to have any real preventative measures in place, but the taxis in the cab rank had sealed partitions between the driver & passenger which made it an easy choice.

Checking into the repatriation flight

Before check-in, Qantas sent a COVID-19 health screen form which could be filled out online at the check-in desk.

In addition to the obvious "do you have COVID-19" question, they also asked:

I'm not sure what answering yes to any of these would mean because again I couldn't find info about it online. 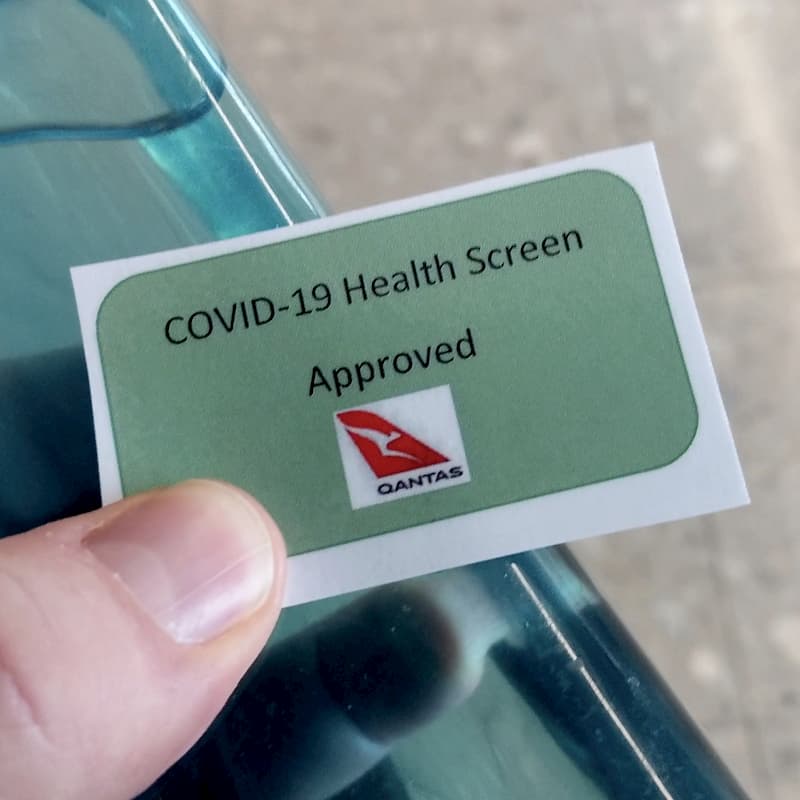 Heathrow was a total clusterfuck. Security took about 30 minutes and it wasn't possible to social distance because of the layout of the queues winding tightly back on each other. This didn't stop them from putting up signs advising you to do so, and thankfully almost everyone was wearing masks.

Once cleared, there was a final health check to measure temperature, etc before we were given a little green pass and allowed to board. 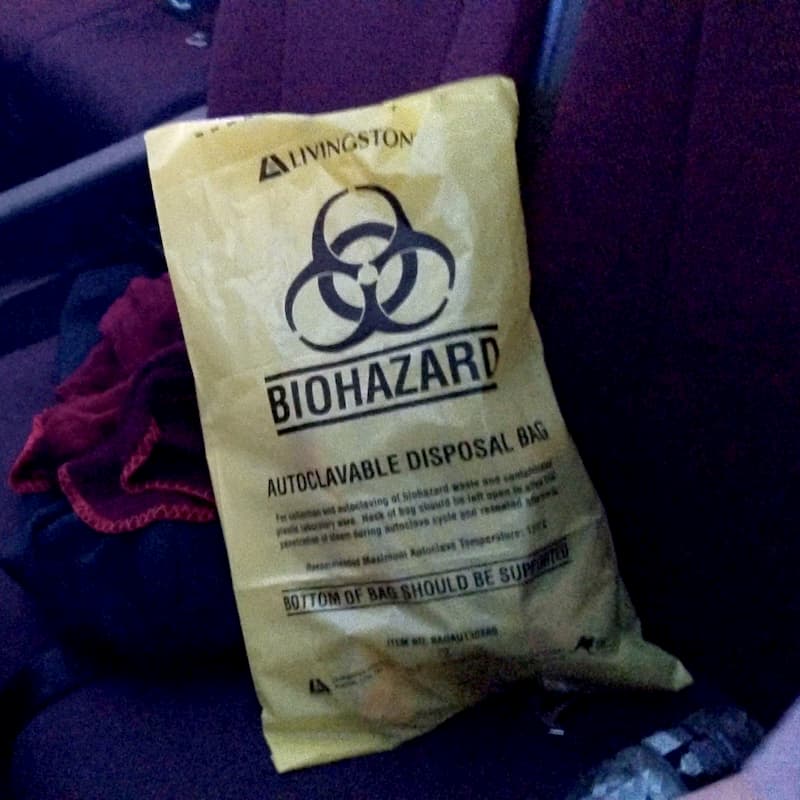 Contact was kept to a minimum, and after meals any remaining garbage was only collected in the bio bags.

The flight was a Boeing 787-9 Dreamliner, which had three groups of three seats per row in economy. People were distanced at one person per three seats, and spaced so that nobody was sitting directly in front or behind anyone in the next row.

We were all required to wear masks, and they say the HEPA filters take out the majority of nasties so it's about as safe as you can get locked up in an airplane for 22 hours. But of course, nothing's a given.

I remember being relieved they did anything at all. There was no info on the Qantas website about it so I was preparing for the worst, but it was well implemented. I felt a lot more relaxed on the plane (aside from the woman sitting near me who kept taking her mask off and wearing it on her chin. Some people!)

I got to see both a sunset and a sunrise. Watching the sun come up through the tinted Dreamliner windows was beautiful: a giant purple-red orb rising through the clouds, looking like a fiery gas giant in alien solar system.

Since the flight to Australia is too long for conventional aircraft, there's usually a stop-over somewhere in Asia or the Middle East. None of the countries that I know of are allowing transit at the moment. Instead the flight ran directly to Perth to refuel before continuing to Melbourne.

The stop in Perth was brief. We didn't leave our seats, we just sat waiting for the crew to change over and the refuel to finish. I lost track of the time because I was sleepy, but Flightradar24 says it took about an hour and a half.

The final leg of the trip to Melbourne was fairly uneventful.

The Crown. Or in Spanish, La Corona

What happens when you land in Australia?

The very first thing is another temperature check & health screen. This wasn't the quickest procedure, so we queued in the aerobridge while this was taking place.

Once cleared we were given a detention notice from the Victorian government, letting us know that we would be quarantined for 14 days which we were required to sign.

A state of emergency exists in Victoria under section 198 of the Public Health and Wellbeing Act 2008 (Vic), because of the serious risk to public health posed by COVID-19.

Finally, we were given the information about the hotel we would be staying in. In my case, the Crown Metropol in the center of Melbourne which was cordoned off especially for this.

After that we were herded onto the tarmac and boarded buses directly to our hotel. There was no social distancing on the bus, but we were required to wear our masks through the whole process.

The hotel is a quarantine zone so nobody other than staff and occupants are allowed in.

When the bus arrived we were shepherded off one at a time and given our room number, a care package of various snacks, toiletries & necessities, and many pages of documentation about how things work.

This was the first time I learned anything solid about ANYTHING to do with the quarantine. Before now I'd only heard rumours.

As I understand it's a rapidly evolving situation, and it's managed on a state-by-state basis which is possibly why the Federal government has no information for travellers.

I've scanned the documents outlining Victoria's quarantine procedures as of May 23 into a Google Docs folder, which has a lot more info on how everything works.

Through this time I've been an anxious mess but now that I'm in the hotel I'm finally starting to relax.

The hotel room is bigger than my apartment in Amsterdam by a large margin so even though I'm locked in I'm feeling much less cooped up.

The meals so far have been pretty good, all things considered. There's far too much food provided at any given mealtime, but that leaves plenty of other items for snacks in between.

The hotel, security, and health staff have been absolutely amazing and I'm so grateful to be able to come home. The amount of love and support and human connection I've had from everyone while in isolation this past week is truly overwhelming, and I'm beginning to feel that just maybe things are going to be okay <3