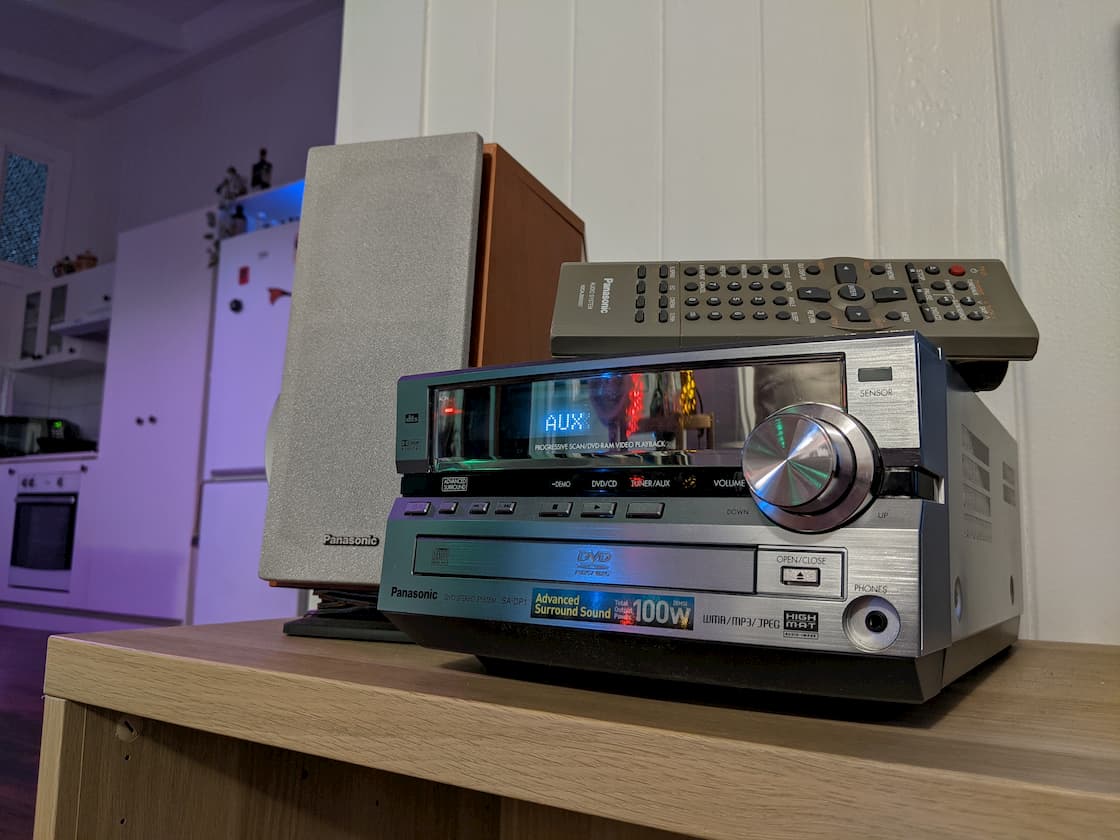 Over Christmas while we were packing stuff up to move it around, my mum confided that she doesn’t use the hifi system in her office. It doesn’t get any radio signal and she doesn’t have any CDs to play in it any more, so it just sits there doing nothing.

Since my living room only has the tiny Google Home speaker, I offered to take it off her hands to hook up as an aux device to my living room TV to improve the sound. And it’s delightful.

I love a bit of a retro nostalgia trip, this website is proof enough of that, and this hifi system is really doing it for me. It harks back to a time when things were simple enough to plug together and screw around with. A good time for a kid like me.

This thing is a little beast. It’s an AM/FM CD/DVD player from back when these sorts of things were common. The year 2003 to be exact, just a year before HDMI was first released in consumer gear, so it’s the absolute peak of analog tech before digital signals fully took over.

Hooking up to my TV was a simple affair, I grabbed a 3.5mm audio to RCA cable to connect the TV straight to the hifi system. I could have bought an optical DAC (digital audio converter) for better quality, or even a HDMI audio splitter so I can play audio without the TV on, but this was the most straightforward solution and it sounds flawless.

It also happens that my TV is a hand-me-down old enough to support composite video directly (thanks Ben!) so I hooked it up in reverse to (theoretically) play DVDs. Why? Cos why the heck not.

The early and kinda disappointing days of digital video 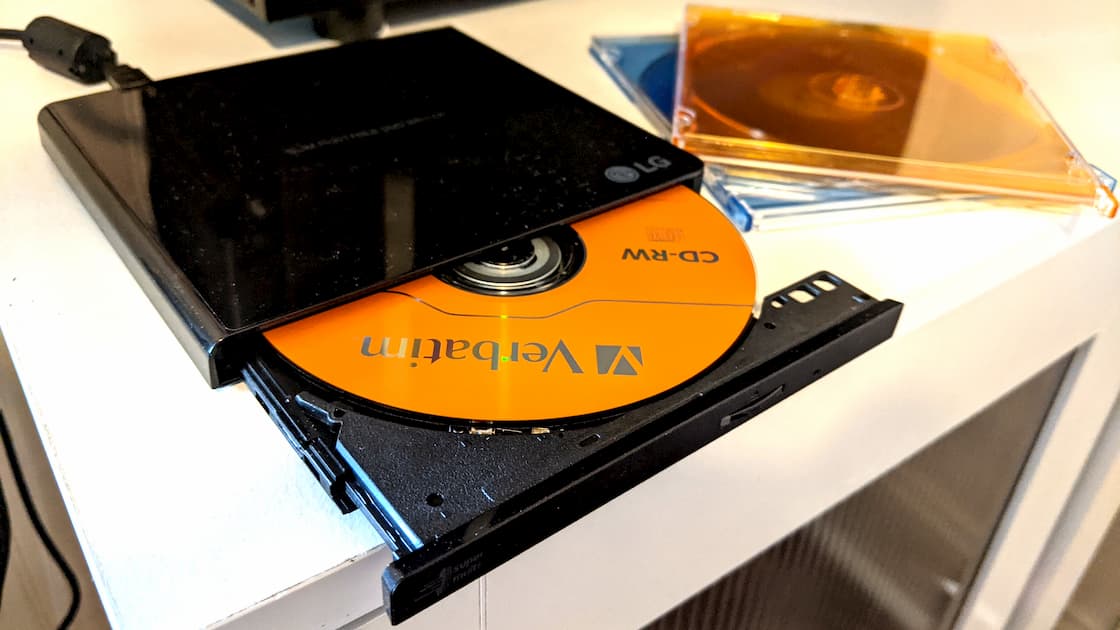 Around the time this thing was made I was browsing an electronics store in Singapore and stumbled upon a VCD of the 2002 film Resident Evil with a gorgeous holographic cover (Video CD being the precursor to DVD icymi).

I needed to have it! In part because it the cover was cool, but also because I didn’t have a DVD player at home so I’d be able to watch this with the CD drive on my computer.

It was a pretty bad, but fascinating technical choice. Turns out VCDs have exactly half the resolution of VHS tape, and only fit about 80 minutes of MPEG-1 video per disc, so the movie was terrible quality and chopped in half to fit over two discs. Not only that, but the censors also cut out a bunch of good bits.

Still, I loved that film and I’ve been trying to burn a VCD with some old vlogs just for a nostalgia trip.

(Side note: Super VCD used MPEG-2 and had a higher resolution, so they’re almost passable quality-wise. But they’re still limited to 4:3 for that old school cool) 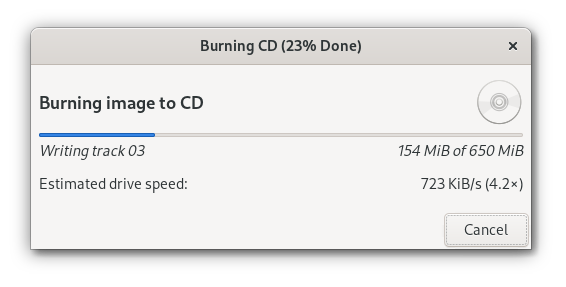 I didn’t have much luck creating a VCD in in the year 2020 because it’s all pretty outdated, but I found an all-in-one burner alled Devede which actually managed to take my rips from youtube, crop and convert em, then burn onto an SVCD disc.

Unfortunately the unit didn’t seem to be able to play them. I’ve got a couple of rewritable DVDs coming in the new year so maybe there it will have more luck with those.

Cool old tech aside, I’m mostly likely to use this as an aux system for the TV with the Chromecast as a source, because any other configurations are really too outdated to want to use on a day to day basis. And for that it’s fantastic.

Amazon is filled with reviews from people who loved this thing fifteen years ago. It wasn’t super expensive, it’s a solid piece of kit, and it sounds great too.

Overall, I give the Panasonic SA-DP1 five stars.