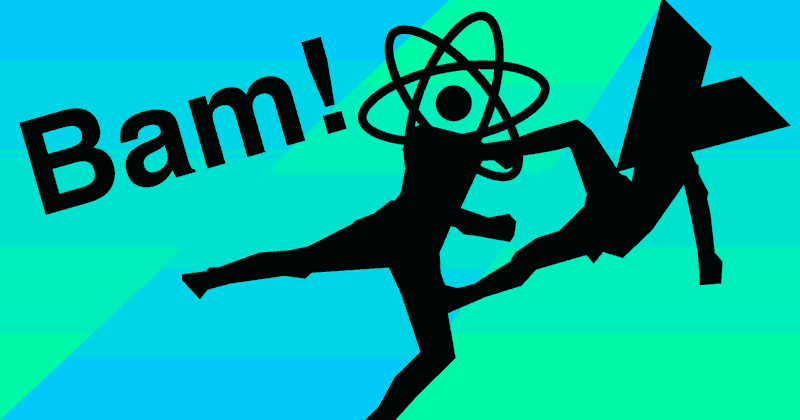 This was going to be a longer post but I thought this was interesting enough to post now.

React and Vue both have fairly well defined lifecycle events which we can use to successfully navigate the mysteries of the virtual DOM.

So without further ado, let's get down to the React vs Vue lifecycle events smackdown!

The following demo logs out the Vue lifecycle events when a component mounts and updates.

It's actually a fairly nice API in that everything is consistently named, even if not all of the events are strictly useful.

React is actually the more esoteric of the two in terms of naming, but actually offers more powerful functionality (such as my particular favourite, shouldComponentUpdate).

The basic workflow for a component is pre-mount → render → mount.

Vue has more events, whereas React is more Javascripty with an actual ES constructor.

We can see from our lifecycle that the perfect time to hook into the process is once the component has been mounted (in React's componentDidMount or Vue's mounted event).

When your component is removed from the page, sometimes you need to remove event handlers or clean up after any manual DOM manipulation.

This is something I've not looked too much into, but it's possible to catch errors from child components and change the render accordingly.

This would be most useful for a top-level component (above the routes, maybe) to show an "Aw Snap" error message into your app and stop the error bubbling up.

Each has their own benefits, neither is objectively better or worse. Personally I prefer the Vue naming, but prefer the power of the React API.

After pulling this info together I'm really interested to try out Vue's keep-alive for render-intensive jobs. It's a cool feature I didn't know existed.

I'm also excited to play with component-level error handling, especially for larger apps. It makes a lot of sense to catch errors in the framework rather than waiting for them to bubble up to the global error handler 😅

Anyway, hope this was helpful. I learned something.