I've wanted a heart rate monitor for some time, mainly to improve my cardio performance and to track my progress as I go. One big thing for me is the wrist-based form factor because it gives you ambient recording, as well as not having to carry around a chest strap and all the awkwardness that entails.

I've done a lot of research into this over the past year and I've ruled out things like the FitBit (which only shows you HR for a few seconds when you press a button), and the ill-fated Pebble Kickstarter (I'm so disappointed they folded). Finally after a lot of reading, hand-wringing, and a very convenient 20% off sale at Rebel Sport, I apologised to my bank balance and bought the Garmin fēnix® 5.

Garmin's fēnix line is the high end of the Garmin sports watch range, and is priced to suit. In Australian dollars you can pay $1k for the top of the line fēnix 5X, with the fēnix 5 and fēnix 5s retailing for$800. So these aren't devices to consider lightly.

The main difference between the three is size:

There's some smaller other differences, namely the “sapphire editions” of each watch give you a sapphire crystal display and wifi connectivity if you're so inclined.

But more generally the 5S is intended to fit smaller wrists, and the 5X has more storage and comes with maps.

I've covered what the Garmin fēnix models are, but why would you buy one?

For me there are a few reasons:

First, it's a really nice piece of design. This is something that's going to last a long time rather than be replaced every year, so I want something that looks good and isn't going to date terribly like a cheaper smartwatch might.

On a similar note, the hardware itself is truly excellent. I'm not going go into details when DC Rainmaker has done such a comprehensive review of the tech. If you're considering this device and want all the benchmarks, definitely read that article because it's what tipped me over the edge.

Perhaps most importantly it's not an Android watch so it's not going to lose access to updates, slow down, become a security risk or generally suck like OEM Android devices do. It's an OS purpose-built by Garmin that does one thing well, and should mean the watch will live a long and prosperous life even after Garmin drops support for it.

Finally the Garmin ecosystem has really good Strava support which I use almost every day. Having this in a standalone device means on longer workouts I'm not sucking power from my phone, and can last some 24 hours without a charge — much longer than I can.

I tried on each fēnix model at the shop before making my decision; the fēnix 5S didn't even fit around my wrist, but the 5 sat snugly and looked good, so I anguished over the decision for another 20 minutes before finally taking it to the register.

The device itself is lovely. In the box it's a carbon/polymer + stainless steel affair with a rubber band. You can get metal bands which I'm considering due to an unfortunate issue with sensitive skin, but the default combo looks great.

Pairing was simple, the app found the device before I'd even asked it to which was impressive. Once paired it immediately started sending notifications from my phone. I'm not a big fan of this feature and the next thing I did was turn notifications off for reasons of sanity and battery life. For me this is a fitness & tracking device, not a smartwatch.

The OS is fairly intuitive; it's not touch based, but it has a very simple up/down/select/back navigation and all the features are nearby and easy to find. It's also fairly standalone, so you could get away with using this without a phone if you wanted, however to sync to Garmin Connect and various other internet services you'll need to bluetooth pair it. 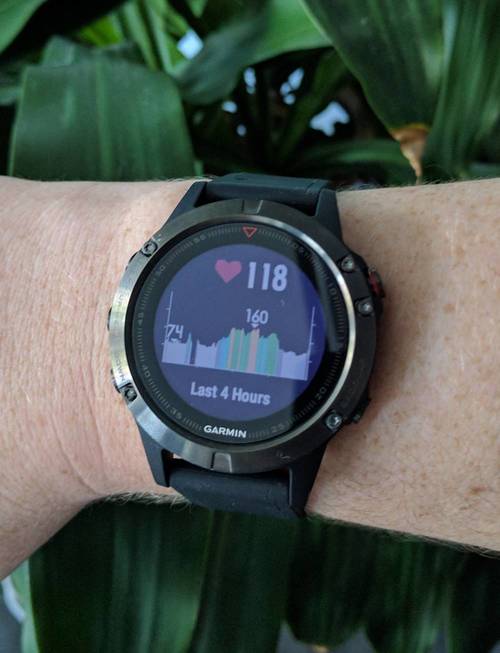 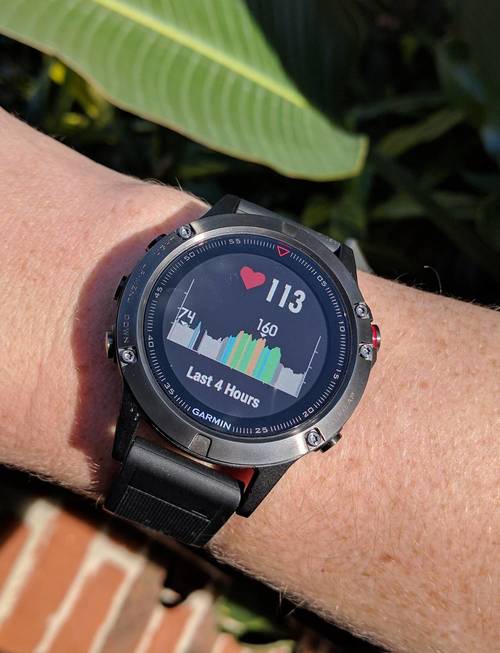 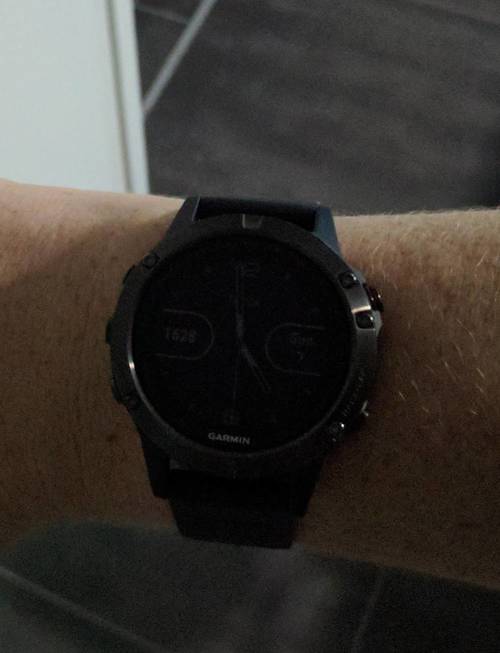 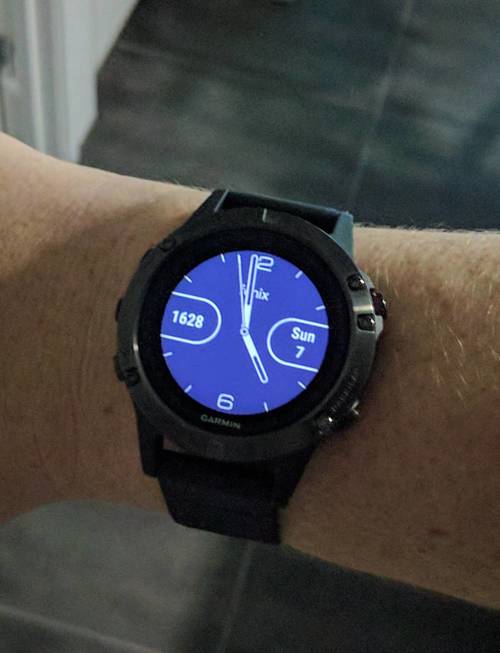 One thing that's really stood out for me is the screen; not being a traditional LCD display, this one turns off the backlight and draws almost no power while still being completely legible. In fact, legibility is best in direct sunlight with no backlight, making this a really awesome exercise companion. I was super pleased to be able to start my bike ride today, switch to the heart rate mode, and check that easily throughout the trip.

As a result of that, the battery life should be measured in weeks, as opposed to the mere hours of the current generation of smartwatches.

It's early days, but I'm pretty happy with this device. From a fitness tracker perspective it's awesome, and I'm really optimistic about how this thing is going to fit into my fitness regime.

It's not a smartwatch, and if you're going into the market looking for that you may be disappointed, but it's a really great purpose-built fitness tracker that also serves as a watch.

So this was an awesome watch, I really enjoyed using it. Problem was, after a while I noticed my skin was starting to itch and go weird where the watch was sitting.

After a few weeks of alternating wrists and trying to make things work, both arms a patch of messed up skin and I reluctantly decided to sell it on eBay. Guess I've got sensitive skin.