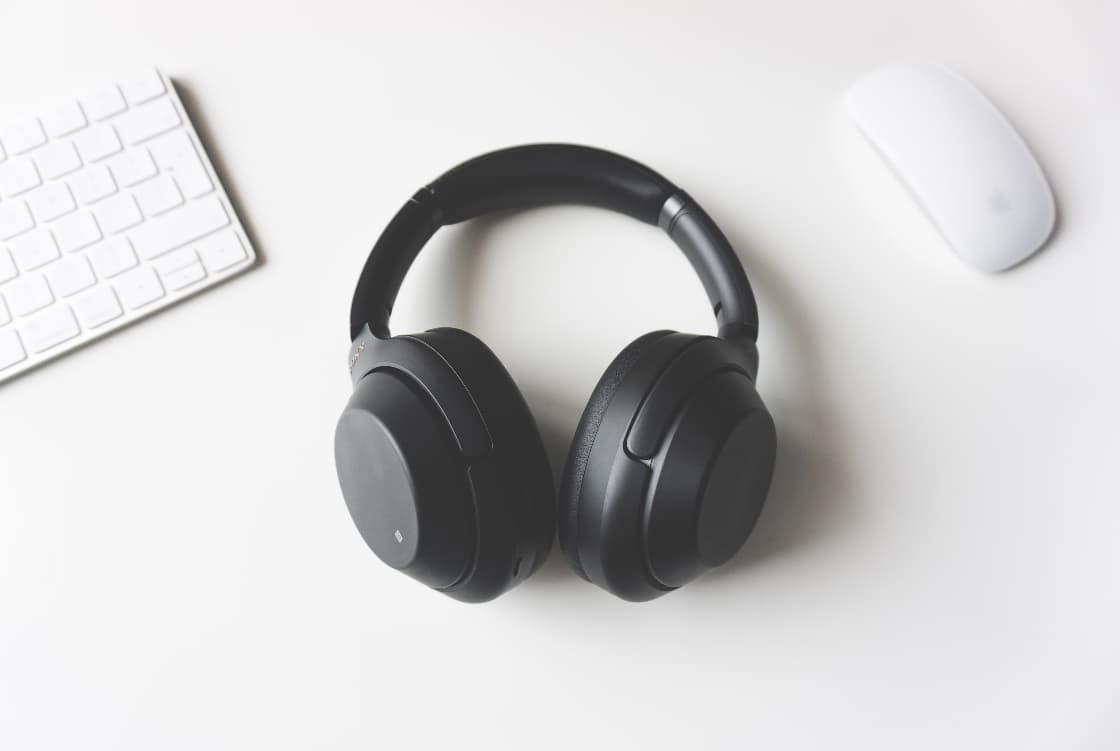 On the eve of my world tour I panicked that I don’t have a decent pair of headphones for travelling. My day to day phones are open and would be pretty much useless on a plane, and I lost my earbuds some time ago.

I was going to borrow Nic’s but forgot. I had a look online, and Nic recommended the Sony MDR1000X, a rather expensive, but pretty high tech headphone that sounded like music to my ear holes.

For the longest time Bose has been the king of noise cancelling, and other companies have been trying to catch up. According to other reviews, the 1000Xs represent the first time Sony has come close. I haven’t used the Bose headphones extensively so I don’t have a baseline to compare to, but even disregarding the noise cancelling Sony has come up with a solid offering (with some small caveats).

These phones have the following key features I’m into:

So how do they do? I put them through their paces as I circumnavigated the globe.

The 1000s were able to turn aircraft and train noise into a soft background ambience, a little like the ocean you can hear in a seashell. It’s an impressive feat, made moreso by a feature that lets you temporarily disable noise cancelling by covering the right can with your hand. It’s a bit of a gimmicky feature, but it comes in handy, and also serves to illustrate the stark contrast of the noise cancelling vs real world.

For voices, the noise cancelling does a good enough job that conversations are inaudible with music playing. The phones also do a decent job with filtering out screaming babies, of which there were several on my long haul Brisbane-Abu Dhabi flight. Again, babies were pretty pronounced without music playing, but with even softly playing tunes they faded into the background which made things pretty blissful.

One of the cooler features of the phones is that the same tech used for cancelling noise can also let sound in. One of my favourites is the ‘ambient noise voice” feature which still cancels out lower frequencies such as engine noise, but uses the microphone to pick up and amplify voices through the headphones such as announcements or general conversation.

As antisocial as it might sound, it can be easier to understand flight attendants with this mode on, rather than with the headphones off. It’s also a good mode for eavesdropping because it isolates and amplifies voices you might otherwise be able to hear.

Regarding the sound quality, there’s a few factors at play here. The MDR1000Xs have different sounds depending on how the phones are operating.

When the phones are being passively driven by an external source they have a fairly standard profile, it’s even and inoffensive. I haven’t done much listening in this mode, but I’ve been very happy with the sound when I have.

You’re far more likely to be using these in active mode, where the software onboard does a fair bit of processing. In this mode they have a very “Sony” sound, there’s plenty of bass and it’s a nice general purpose music listening profile.

The big letdown is the Bluetooth protocol itself. I think with higher end headphones the compression is more readily pronounced, especially in quiet listening environments. This kit does support higher resolution audio, but it’s a proprietary Sony protocol that virtually no devices support. There’s no lossless AptX support either, so if your device is rare enough to support that you’re still out of luck here.

With the provided cable input the sound is much better, even using phone audio. I’ve yet to test this with a headphone amp to see what the difference is, but with noise cancelling in a loud environment I was satisfied with the quality and had no real issues.

The right can has a touch sensitive surface that lets you assist volume, skip tracks, and temporarily let the outside world in. This feature is flaky in my experience and it’s difficult to get it to do what you want. I don’t think anyone on the engineering team thought it through.

The volume/skip feature is fiddly, and only works in Bluetooth mode. This means you have to firstly be aware of that fact, and secondly keep track of what mode you’re using your headphones in as to whether you can use it. A few times I’ve unsuccessfully tried to adjust the volume in cabled mode, which doesn’t work, and this has trained me to not use the feature at all.

Overall it’s a pretty dumb feature, but I don’t use it so it doesn’t bother me.

These are some comfortable headphones. Over the 23 hours to Amsterdam I had no trouble wearing them with music, with only the noise cancelling active, and even switched off to keep my ears toasty warm. The over ear design means there’s no ear squashing and the headset sits comfortably without too much weight.

I will say that these phones, like many of Sony’s range, don’t sit comfortably around your neck when they’re not in use. They’re too big and I find it difficult to look around in this configuration, so I tend to attach them to my bag instead. Out of the box you get a travel carry case, but I left it at home as I’m a light traveller and didn’t have room.

The other thing I’ve noticed I’d that the band doesn’t sit flush with my head, instead it arcs out wide, leaving an enormous gap that suggests maybe my head should be fatter to compensate. This is possibly because I have a big head and need to use the phones at a larger size, and perhaps they’re not as shapely as they could be. Again, this isn’t a deal-breaker.

Overall I’m very happy with these cans, they’re an expensive but versatile high end system that works super well on the road.

The cabling system is awesome for air travel where transmitting devices mightn’t be allowed, the sound quality is a delight in most cases, and they’re generally a solid unit.

I would recommend them to anyone who wants a quality all rounder headphone and is okay with the tradeoffs of cabled vs A2DP audio, or folks already in the Sony ecosystem who can make use of the proprietary features.

Here’s the Cnet review, in case you wanted some action shots